A look at Greg Mankiw's blog

Rather than work on what I'm supposed to be working on this Sunday afternoon, I found myself having a quick look at Greg Mankiw's blog. (As everyone knows, he's the author of a widely-used principles textbook.)

Strange stuff. On 8 October, for example, he offers this quote without any comment:


A major factor behind the weak recovery and gloomy outlook is a climate of policy-induced economic uncertainty. An index we devised shows U.S. policy uncertainty at historically high levels.

Does Mankiw actually think this is the case? The quote is taken from a piece  that Paul Krugman demolished in just a few sentences in his blog.

A few days before that, on 5 October, in "Obama versus Clinton on Tax Policy", he writes


You can agree or disagree with that policy choice.  But the facts are clear.  President Obama's policy preferences are more focused on income redistribution (aka "class warfare") than President Clinton's tax policy ever was.

So "income redistribution" in the form of a slightly more progressive income tax is "class warfare"? For a more reasonable interpretation of class warfare in the United States, it'd probably be better to listen to Warren Buffett:

In his entry for today, Mankiw links to his piece in today's Sunday New York Times. Again, more strange stuff as Mankiw offers a whirlwind tour of the economic experience of Zimbabwe, Greece, Japan and France. He writes:  "Each illustrates a kind of policy mistake that could, if we are not careful, presage the future of the United States economy."  Uh, Zimbabwe with its hyperinflation? Mankiw writes:


Some may find it hard to imagine that the United States would ever go down this route. But reckless money creation is apparently a concern of Gov. Rick Perry of Texas, who is seeking the Republican nomination for president.... Mr. Perry is not alone in his concerns. Many on the right fear that the Fed's recent policies aimed at fighting high unemployment will mainly serve to ignite excessive inflation. 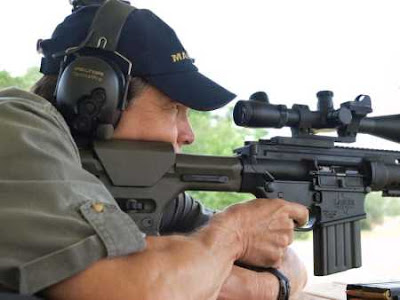 Rick Perry takes aim at Ben Bernanke
What does Mankiw think? Is Perry a buffoon and an ignoramus like Paul Krugman seems to think? He doesn't say directly (Mitt Romney is Mankiw's candidate) but gives the hyperinflation scenario some credence with his introductory remark quoted earlier about what would happen "if we are not careful".

Then Mankiw turns to the case of Japan, where he cites the views that the policy response to bubbles bursting there in the early 1990s was not sufficiently strong to prevent a long stagnation, hence the attempts at active monetary and fiscal policy in the United States. Incredibly, he writes:


The more we rely on deficit spending to keep the economy afloat, the more we risk the kind of sovereign debt crisis we have witnessed in Greece over the past year. The Standard & Poor's downgrade of United States debt over the summer is a portent of what could lie ahead.

So there's at least one person in the world who still takes Standard & Poor's seriously; others (like Krugman) dismissed it as an obvious political ploy that seemed to be ignored by the markets.

Next comes the "get our fiscal house in order" stuff: "To maintain current levels of taxation, we will need to substantially reduce spending on the social safety net...", already minimal in comparison to most other industrialized countries. Note, no mention here of the bloated military and intelligence establishment, corporate welfare or the pilfering of the public purse that David Cay Johnston has written so much about.

Finally, Mankiw comes to the supposedly scary story of France where taxes are a far higher portion of GDP and GDP per capita is considerably lower because of fewer work hours (not lower productivity per hour). He hints that there's possibly a connection, although "economists debate" this. Warning that Americans could end up with 5 weeks of paid vacations (compared with zero currently) is apparently the best argument he can muster against European levels of taxation. Bring it on! 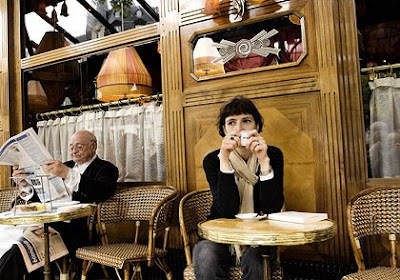