We pointed out in The Economics Anti-Textbook that the standard textbook assumption of consumers having perfect information misses some important aspects of reality. Among other things, we gave the example of the use and marketing of prescription drugs (pp.83-85).
I was reminded of that a couple of days ago when the CBC [Canadian Broadcasting Corporation] reported that the American Academy of Pediatrics had issued some new guidelines recommending that "Four-year-olds showing debilitating signs of attention-deficit hyperactivity disorder should be evaluated by doctors". 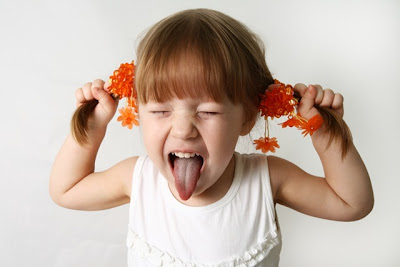 Nothing a spanking pharmaceutical company can't fix
The report went on to say:

The revised guidelines suggest doctors first prescribe behaviour therapy for preschoolers, and that methylphenidate or Ritalin may be prescribed if that does not significantly improve “and there is moderate-to-severe continuing disturbance in the child’s function,” the group’s 14-member committee said.... [And, finally, at the end of the article:] Some of the guideline authors said they have consulting relationships with companies that sell ADHD medications.

The pharmaceutical companies' influence on and corruption of parts of the medical profession should be a serious concern to everyone. I highly recommend the essays and book reviews in the New York Review of Books by Marcia Angell of Harvard Medical School.