We note in The Economics Anti-Textbook how the textbooks downplay the failure to deal with the plundering of the oceans.  This report from the great Center for Public Integrity on the slaughter of jack mackerel in the south Pacific sketches out the consequences of "decades of unchecked global fishing pushed by geopolitical rivalry, greed, corruption, mismanagement and public indifference". 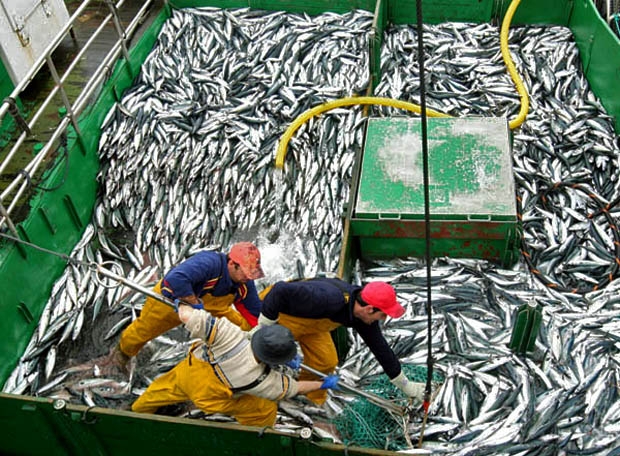 Self interest, from hypothesis to factoid: Elizabeth Warren as 'elitist hypocrite'

In an entry today in Paul Krugman's blog, he tries to understand the apparently senseless accusations by Massachusetts Senator Scott Brown's flunkies that Elizabeth Warren is an 'elitist hypocrite' and concludes that the flunkies don't know what 'hypocrite' means. While it's certainly possible that it's just being used as a term of abuse with no connection to its real meaning, I think another interpretation is possible 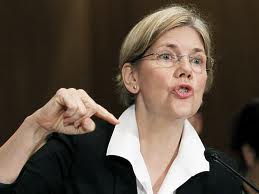 The right-wing hacks could be slaves of some defunct economist that they read back in their college days, whose text assumed that everyone pursues their 'self-interest'. But if carefully examined, the examples of self-interest in the textbooks implicitly assume a special form of narrow self-interest: the default case is that Person A gets utility from the goods and services that A alone consumes. No one explicitly cares about what anyone else consumes. In the core model in the textbook, this narrowly self-interested behaviour leads to 'efficiency' and a Pareto optimum where no one can be made better off without making someone else worse off. (A moment's thought can convince anyone that this says absolutely nothing about the desirability of this particular state of affairs, but never mind...)

It seems to be all too easy to slip from examining an unrealistic hypothetical situation that explores what would happen if people were actually like this, to assuming that all rational people actually do behave in this way. Back to Brown's flunkies' claims of hypocrisy against Elizabeth Warren. 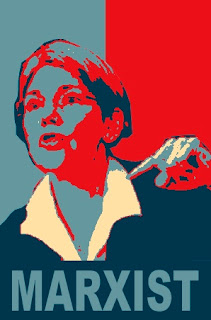 'And if Elizabeth Warren is not a hypocrite then she' must be a Commie!!'
If we suppose for a moment that they aren't just hypocritical bullshitters (quite likely, given the pervasiveness of bullshit in our culture) and that they actually believe that Elizabeth Warren is narrowly self-interested, then she can't be advocating policies that would raise her own taxes out of conviction that these would be a good thing. No, she must be pretending to support those policies achieve even greater gains for herself, namely winning a Senate seat and then (who knows?) maybe she could get a $700,000 advance on her memoirs like Senator Brown has received.

Jim Stanford, an economist with the Canadian Auto Workers and the author of the excellent introductory primer, Economics For Everyone, recently reviewed The Economics Anti-Textbook for the Canadian journal Labour/Le Travail (Issue 68, Fall 2011). If you're interested in reading the review and don't have access to that journal, a copy of the review appears here, at least for now.
Here is the last part of his review:

My only significant critique of this book probably derives inherently from its basic structure as a topic-by-topic critique of simplistic neoclassical pedagogy. The extremes of neoclassical thought, especially in its stereotypical textbook incarnations, provide an easy target for piece-by-piece disassembly and refutation. The specific critiques catalogued so helpfully by Hill and Myatt are not, for the most part, new. Yet the edifice of Walrasian thought still dominates academic economics and (more importantly) real-world economic discourse and policy-making. In addition to highlighting the logical failures of specific neoclassical assumptions, models, and conclusions, there is also a way in which neoclassical analysis--rooted in a model of optimizing behaviour by atomistic agents who engage in equal, efficient exchange--fundamentally misportrays the essence of economic activity in real-world capitalism.

We therefore need to do more than just snipe around the edges of the neoclassical edifice--with critiques that ultimately accept the Walrasian portrait of the economy as a place where people exchange things through markets. (My former professor John Eatwell describes this class of criticisms as "imperfectionist" in nature, in the sense that if it were not for some flaw or imperfection in the market mechanism--be it imperfect information, limited rationality, "sticky prices," or whatever--then the assumed mutually beneficial equilibrium would finally come to pass.) That's where we need a textbook that presents a comprehensive and holistic alternative depiction of how the economy actually works. I can imagine one that would start by describing the reality of work, production, accumulation, and innovation under capitalism, highlighting the asymmetry and inequality between different stakeholders (in terms of power and agency, not just income and wealth), describing the core mechanism of production for profit that defines capitalism, explaining the history and institutional reality of money (which neoclassical microeconomic models still have not successfully incorporated), and exploring the dynamics of all these processes for growth, development, cycles, and distribution. This would not constitute an anti-textbook in the sense of refuting specific assumptions and predictions of the Walrasian system. It would, instead, erect a competing intellectual edifice.

There are places in this book, despite the incrementalist mission they set at the outset, where Hill and Myatt do verge on a more fundamentalist critique of neoclassical economics (moving beyond just challenging the formulations of its simplistic textbook variants). For example, in numerous locations in the book they discuss the role of power in shaping both production and exchange. That is not an imperfection or a market failure, it is a completely different dimension along which to understand human economic interactions. Their discussion of government and political-economy similarly reveals a more fundamental divergence from the core structures of neoclassical analysis. In this way, Hill and Myatt's catalogue of the many specific failures of neoclassical microeconomics should hopefully whet the appetite of critical thinking students to pursue completely different, heterodox explanations of how the economy actually works. While many references are provided to examples of this sort of work, Hill and Myatt could be more explicit, in my view, in connecting the dots and guiding the reader to those comprehensive alternative models.

Nevertheless, for students and others who possess a gut-level faith in the potential of economics to make the world a better place, but are constrained by stultifying introductory neoclassical curriculum, this anti-textbook will be invaluable in enhancing their capacity and their confidence to challenge orthodoxy--and ultimately to look beyond it.