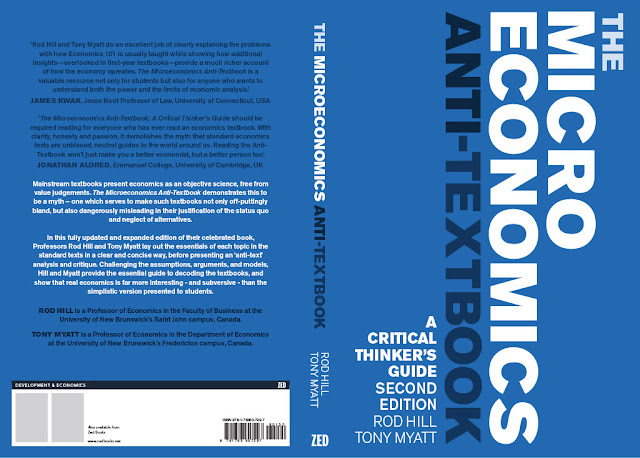 Just a brief update; the end is in sight. The index is being prepared so I will have the tedious task of trying to check it and fix it up. The copyright date has been changed from 2021 to 2022, but the Canadian Amazon website says that December 16 will be the release date. I've been told nothing officially yet by the editors at Bloomsbury.

While many of the anti-text parts of the chapters have been substantially rewritten, probably the major change is the scrapping of the old Postscript on the financial crisis (which seems a long time ago now). It has been replaced with a new Postscript on 'A case study of climate change and the textbooks'.

The minimum wage – a different perspective

Peter Baker's long essay "How much is an hour worth? The war over the minimum wage" originally appeared on The Guardian's website in 2018. I happened to listen to it last night on their Long Reads podcast, as it was being repeated.

The new edition of the Anti-Textbook updates the examination of the minimum wage, including the debate on the effects of a $15 minimum wage in Seattle, but I realized on listening to the podcast that the discussion fell entirely into the framework that is shared by almost all economists studying the question. This focuses on a narrow set of questions dealing with how hours of work change and whether workers end up with higher paychecks when the dust has settled.

The point that Peter Baker makes is that a broader question is being overlooked. It is nicely encapsulated in a couple of quotes that he gives near the beginning and the end of his essay.

When the minimum wage was being introduced in the United States under Franklin Roosevelt's administration (long after it had been initially introduced in New Zealand and Australia), Roosevelt had this to say in 1933: “No business which depends for existence on paying less than living wages to its workers has any right to continue in this country.” Baker writes that Roosevelt "openly declared his desire to reshape the American economy by driving out 'parasitic' firms that built worker penury into their business models." (I know, it is almost unimaginable that an American president could have said and thought such things, but those were very different times.)

Then at the end of his essay he returns to this theme: "I met with Kshama Sawant, the socialist economist who [as a member of the Seattle city council] had been so instrumental in passing the $15 wage." Baker writes that "her most impassioned argument wasn’t about the studies [of the effects of the change in the minimum wage in Seattle]– and it was one that Roosevelt would have found very familiar.

“'Look, if it were true that the economic system we have today can’t even bring our most poverty-stricken workers to a semi-decent standard of living – and $15 is not even a living wage, by the way – then why would we defend it?' She paused. 'That would be straightforward evidence that we need a better system.'” 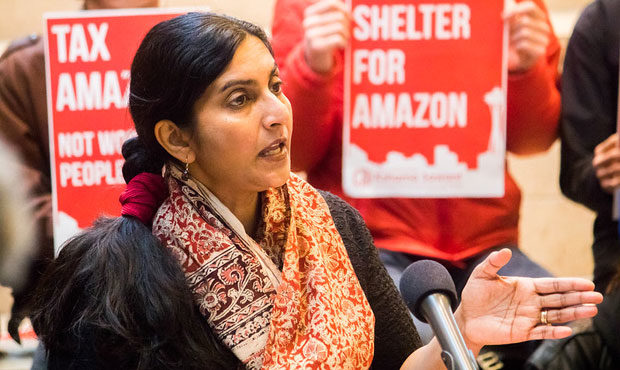 Posted by AntiTexter at 6:54 PM No comments:

The Microeconomics Anti--Textbook is in production 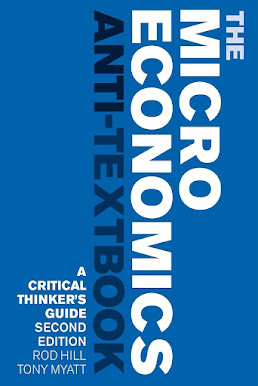 I finished correcting the first draft of the page proofs a few days ago, so things are proceeding at last. I will post an update once I know when the book will be in print. The index has not yet been created, so more work remains to be done. 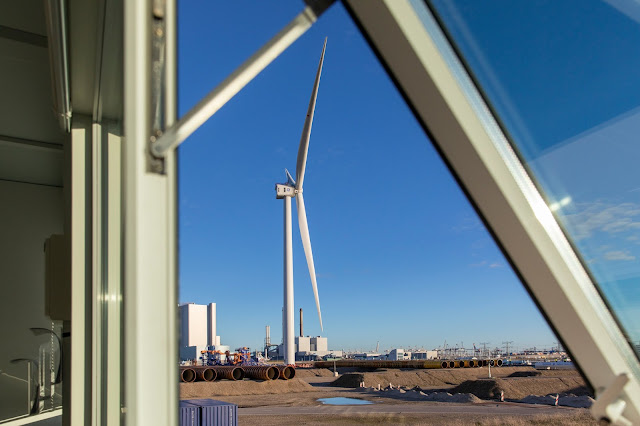