Tony Myatt was recently interviewed by Henry Levinson-Gower on the subject of his new book, The Macroeconomics Anti-Textbook. This is one of The Mint Interviews, part of a broader project to promote pluralism in economics.

The book has been available in Kindle form for a couple of months and is available in print in the UK and, as of today, in the US. It will be available in Canada in mid January.

Posted by AntiTexter at 3:20 PM No comments: 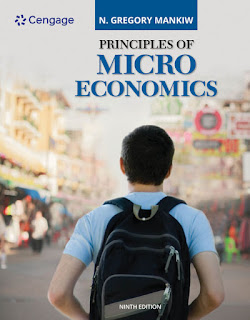 Mankiw's Principles of Microeconomics:
Chapter-by-chapter commentaries
As part of the World Economics Association's Textbook Commentaries Project, I've started writing a series of commentaries, one on each chapter of the most recent US edition of Mankiw's micro principles text. The first eight chapters are currently posted with more to follow. Their goal is to provide students with some assistance in thinking critically about the text if they find it assigned to them.

Not surprisingly, the themes from The Microeconomics Anti-Textbook come in handy here, but there are also specific things to be said about the rhetoric and the content of this particular book. One thing that has surprised me is the lack of accuracy here and there – things that should have been weeded out of a book in its ninth edition by an author with no lack of resources for research assistance and accuracy checking. The Commentaries have to stick to important themes, rather than take up space and the reader's patience with what might appear to be nitpicking, but here's an example.
Many economics graduate students will be familiar with Ronald Coase's famous 1974 essay "The Lighthouse in Economics". He examines the way in which the lighthouse has sometimes been portrayed in economists' writings as a pure public good without actually looking into the institutional detail of how lighthouses operated. (Reminder: a pure public good is a good where many can benefit from it without reducing the benefits received by others, while no one can be compelled to pay for the good - the use of the light in this case . This leads to the conclusion that public financing of the good would likely be necessary to try to have the correct amount of it.)
Mankiw includes a Case Study section, clearly inspired by Coase's essay, entitled "Are lighthouses a public good?" Writing of 19th century England, Mankiw says: “Instead of trying to charge ship captains for the service, however, the owner of the lighthouse charged the owner of the nearby port. If the port owner did not pay, the lighthouse owner turned off the light, and ships avoided that port.” Mankiw gives no source for this, but it bears no resemblance to anything in Coase' exhaustive description of the British lighthouse system.
Coase explained that in England in the 19th century, the “role of the government was limited to the establishment and enforcement of property rights in the lighthouse. The charges were collected at the ports by agents for the lighthouses”. At the ports, not from the ports. Lighthouse owners did not turn off their lights as part of a negotiating process with shipowners or anyone else. “In Britain. no negotiation has been required to determine individual charges and no lighthouse keeper has ever turned off the light for this purpose” (Coase, The Firm, The Market, And The Law, University of Chicago Press, 1988, p. 212).
RH

Posted by AntiTexter at 7:01 PM No comments: 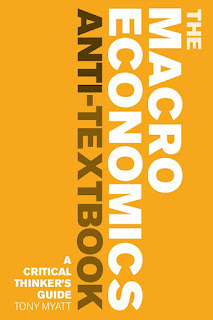 The Macroeconomics Anti-Textbook: out this fall

The publication of the long-awaited companion volume has been announced on the website of Bloomsbury Publishing! Updates will follow here.

RH
Posted by AntiTexter at 4:19 PM No comments: