The art of economics

A series of essays (called Uneconomics) is appearing on the website Open Democracy. I found Judith Marquand's piece, "Economics as a public art" interesting. Although she doesn't mention it, John Maynard Keynes' father, John Neville Keynes (an economist at Cambridge) wrote a book in 1891 on the methodology of economics in which he argued that economics could also be considered an art, "having for its object the determination of practical rules of action".

But to arrive at 'practical rules of action' to deal with some of the major problems facing the world (which Marquand writes about), economists have to have a much wider vision than the narrow one reflected in standard maximizing models. The best economists have always thought like that, but it takes a wide range of skills to do so and that is not the training young economists are getting. As usual, JM Keynes best described the necessary skills in a famous passage from his obituary of Alfred Marshall:

the  master-economist  must  possess  a  rare  combination  of  gifts.  He  must  reach  a  high  standard  in  several different  directions  and  must  combine  talents  not  often  found together.  He  must  be  mathematician,  historian,  statesman, philosopher-in  some  degree.  He  must  understand  symbols and  speak  in  words.  He  must  contemplate  the  particular  in terms  of the  general,  and touch  abstract  and concrete  in the same flight  of  thought.  He  must  study  the  present  in  the  light  of the  past  for the  purposes  of the  future.  No  part  of man's  nature or his  institutions  must  lie  entirely  outside  his  regard.  He  must be  purposeful  and  disinterested  in  a  simultaneous  mood;  as aloof  and incorruptible  as an artist,  yet sometimes  as near the earth as  a  politician. (p.322)

The part of Marquand's essay that is most relevant to the subject of this blog (and our Anti-Textbook) comes near the end where she writes:


The teaching of economics needs to be changed from top to bottom. Students need to have a grounding in economic history, set in its social and political context. They need to learn some social psychology, drawing on insights from neuro-science and anthropology. They need training in social science research methods focussing heavily on areas which are often neglected in the training of economists – all the ethnographic methods. They need to think critically about selecting indicators; about the design of questionnaires; about the crucial importance of the assumptions when building models. They need to study the operation of current economic organisation set in its political context. And they need some understanding of the rich heritage of economic thought. 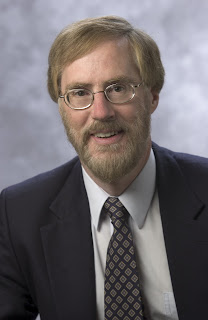 Professor Douglas V. Orr, City College of San Francisco
Professor Orr's cautionary story about the dangers of taking a model too literally is a brilliant way to start a course. I envy his students!
RH
Posted by AntiTexter at 4:37 PM 5 comments:

Tony and I interviewed on Naked Capitalism

Philip Pilkington, who writes for Naked Capitalism, did an interview with Tony Myatt and I recently and the transcript has been posted in two parts, the first part yesterday and the second part today.

Phil Pilkington
There were some interesting comments posted about it. One that struck me as important was that by "Hugh", who wrote yesterday (2:55pm) and also writes today (12:17 pm), saying

Well if the idea is that we need an economics that actually describes the real world, why aren’t these guys working on the economics of kleptocracy? That is the real world. Instead we get this happy talk that there are a lot of exciting things going on in economics. But this simply isn’t true. Most of the “new” stuff is happening at the margins and strongly resisted by the profession.  ....

I do not want to come across as too harsh but what Hill and Myatt are doing reminds me of a critique of Scholasticism by Scholastically trained critics. There is the same attention to evey nook and cranny with the concomitant loss of the big picture. And the big picture here is wealth inequality, kleptocracy, and class war. These are not peripheral issues, they are the issues.

I fully agree with his view of the real issues, to which I'd add ecological destruction and the loss of millions of lives from things like needless pollution and from the consequences of needless inequality, mass death that we discuss in The Economics Anti-Textbook.
Something that didn't end up being raised in the interview was that we set for ourselves a rather limited objective with the Anti-Textbook. The book is aimed at the undergraduate student and has the goal of providing that student with the first steps out of the maze into which they are invited by their textbooks. It is not an 'alternative textbook', but only volume 1 of a deprogramming manual for survivors of the typical undergraduate microeconomics course.
In the recent talk by Stephen Marglin that I've posted earlier on this blog, he says (around the 5 minute mark) that students do have to learn mainstream economics to be able to critique it properly and because it is "the language of power". Then, he says, there are critiques of it. "There is a critique within economics. It's a limited critique, but it is a critique. Indeed, if taken seriously, rather than being treated as sort of fine print, it would be a devastating critique of mainstream economics..."
We agree and part of our objective in the book is to provide that 'devastating critique' that we hope works doesn't take the student too far from familiar territory, therefore making those steps away from 'textbook economics' the easiest to take. In places, we go beyond that too, dealing at least in a preliminary way with some of the other critiques that Marglin talks about.
"Hugh" might be right, though, about the "loss of the big picture" which I think could have been set out in a clearer and more forthright way.
RH
Posted by AntiTexter at 3:28 PM No comments: