30 Ways To Be An Economist

I stumbled on this page of interviews at the Institute for New Economic Thinking after listening to one of them --  Philip Mirowski on the story of where the so-called "Nobel Prize" in Economics came from and the effects it's had. 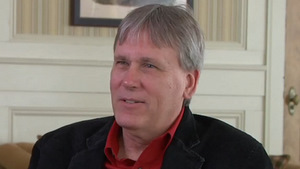 Philip Mirowski
Professor Mirowski was a member of the Department of Economics and Policy Studies at Notre Dame until that department was disbanded by the university and its members scattered in the winds so that orthodoxy could reign supreme in the (other) Department of Economics. If you don't know the sad story, you can read a brief account of how the original economics department split in two in 2004 here, an argument (in the form of a petition) for a continuation of heterodox courses at Notre Dame (as the shadow of the axe was seen), and finally accounts of the ax falling in 2010 (in the Chronicle of Higher Education with some blog comments here and here).

Perhaps that thing that's most unusual about the purge at Notre Dame is that there were so many heretics there in the first place.