The spark that lit the fire in Tunisia

The sudden toppling of the brutal and kleptocratic regime of former Tunisian President Zine el Abidine Ben Ali was a highlight of last week. The Guardian described how it began:


The man who set off the chain of events that has shattered Tunisia's carefully constructed facade of stability is Mohamed Bouazizi, a 26-year-old living in the provincial town of Sidi Bouzid, who had a university degree but no work. To earn some money he took to selling fruit and vegetables in the street without a licence. When the authorities stopped him and confiscated his produce, he was so angry that he set himself on fire and died.

Ten days of demonstrations in Sidi Bouzid followed, then spread to the capital, Tunis, 160 miles away, and grew from there. 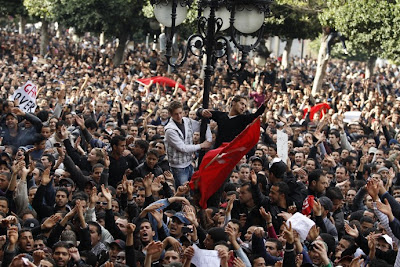 Within four weeks of Bouazizi's fiery suicide, it was game over for Ben Ali and he fled to Saudi Arabia. 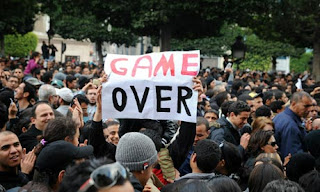 The sequence of events reminded me of "Sparks and Prairie Fires: A Theory of Unanticipated Political Revolution" an elegant and insightful paper by Timur Kuran, now at Duke University, that I read with pleasure twenty years ago.
Here's the paper's abstract:

A feature shared by certain major revolutions is that they were not anticipated. Here is an explanation, which hinges on the observation that people who come to dislike their government are apt to hide their desire for change as long as the opposition seems weak. Because of this preference falsification, a government that appears unshakeable might see its support crumble following a slight surge in the opposition's apparent size, caused by events insignificant in and of themselves. Unlikely though the revolution may have appeared in foresight, it will in hindsight appear inevitable because its occurrence exposes a panoply of previously hidden conflicts.

In this particular case, private dissatisfaction with Ben Ali's regime was no secret, but it could not find a proper public expression. Kuran's paper neatly shows how a 'bandwagon effect' develops and a revolt can snowball from an initially small demonstration in a provincial town to mass demonstrations in the capital that can topple governments.

Postscript: As a brief follow-up, the Guardian reported today (17 Jan.) on a series of further fiery suicides in other countries by people no doubt hoping to spark another successful revolt. As a comment to the original post points out, rising prices -- particularly for food -- is playing a role in sharply rising discontent.
These political gasoline-fueled suicides bring to mind the powerful 1979 novel by Polish novelist Tadeusz Konwicki, A Minor Apocalypse, about a man wandering through Warsaw with a can of gasoline on the last day of his life, preparing to set himself on fire in front of Party headquarters. 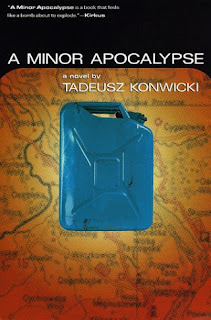 Posted by AntiTexter at 3:28 PM