Why doesn't Forbes publish the real list of the world's richest people? 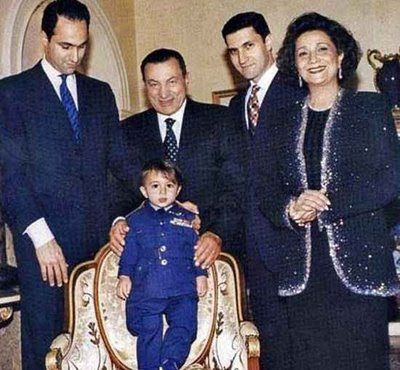 A report in The Guardian yesterday entitled "Mubarak family fortune could reach $70 bn, say experts" should not have been surprising -- after all, decades spent looting a big country like Egypt could plausibly produce sums like the $40-70bn mentioned in the article. Apparently dictators in the nearby Gulf states have amassed similar sums for themselves and their families while 'serving' as heads of state.
Still, I did experience some surprise as I saw the astronomical figure in print. If true, it would make Mubarak and his two sons likely richer than Carlos Slim Helu, officially crowned last year as the "World's Richest Man" by Forbes Magazine with about $54 bn.
The Forbes list, widely reported by a fawning corporate media, purports to offer a list of the world's richest people, but it does no such thing. You will look in vain in the list for Mubarak and his spawn. Thea list is offered for public consumption for propaganda purposes. The names selected are clearly intended to give the impression that the vast fortunes accumulated by these people are legitimate, largely the products of hard work, inventions, entrepreneurship and clever decisions. (For many of the names on the list, such an impression would not survive a few minutes of research given the extent of crony capitalism and corruption, but I won't digress...)
Absent from the phony Forbes list are the names of the looting 'kings', 'princes', 'sultans' and other dictators (and ex-dictators) with their billions. Once, I vaguely remember, the Forbes list at least contained a footnote mentioning that heads of state and suchlike were omitted, but I can't even find that fine print now. (Here is a brief statement of their 'methodology'.) The only exception I can see is Prince Alwaleed Bin Talal Al Saud, of Saudi Arabia, nephew of the current king, whose billions are laughably described as "self-made".
The reason for the self-censored list is obvious. It's not just that the amount they've stolen or otherwise acquired through their kleptocratic rule is hard to estimate with any precision. Putting a crowd of these unsavory types at the head of the list and sprinkling them down through it would seriously undermine the cult of Wealth Worship that is supported by the Forbes list and the echo chamber that surrounds it.
Worse still, it might prompt questions about the role of American, British, Swiss and other banks in the thievery and corporate corruption that feeds these fortunes as well as the policies of 'Western' governments that (at best) turn a blind eye to it all, and, at worst, connive in it. That wouldn't do at all.

Postscript (24 Feb.)
When Mubarak finally was shown the door I saw a report in The Telegraph in which anonymous "Western intelligence sources" were quoted as claiming that he used his final days in office to "place his assets beyond the reach of potential investigators". "If he had real money in Zurich, it may be gone by now", says their source. When the Swiss government moved to freeze his assets, it was merely closing the barn door after the horse had departed, as they surely knew. Now they've just done the same for Gaddafi's funds.
It's clear that governments turn a blind eye when it suits them (that is, most of the time). But reports like this in The Telegraph also suggest that governments also know fairly well what's going on in the supposedly secret world of banking services being supplied to looters like the Mubaraks.
Posted by AntiTexter at 4:40 PM